From US $150.00 Tour Enquiry
Come and share our passion for this beautiful destination. Rich in history and culture, plenty of magnificent temples, the world-class archeological site of Angkor Wat makes a worth visit to every traveler. The 3-day package to Angkor Wat will take you to this interesting destination at its best. 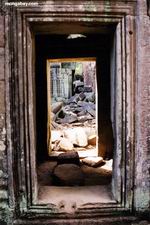 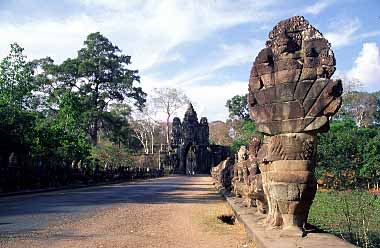 - Day 1: Arrive Sieam Reap (L-D)
Upon arrival at Siem Reap, we are welcomed by our guide to transfer to the hotel. This morning, we start our tour to Rolous Group temples including the 9th-century-erected Preah Ko temple, Bakheng, the largest and most complex temple of the Rolous group temples, and the four-brick-tower temple of Lo Lei. After the lunch break, we will head to Small Circuit to witness the Prasat Kravan (Cardamon sanctuary), where we will experience the stunning image of the eight-armed Vishnu in the largest central tower. Then we get going to Banteay Kdei, a massive Buddist temple with four concentric walls; Srah Srang (Royal Bath); especially to Ta Prohm, which is best known for its originally charming look, with trees and roots intertwined with the carvings and chambers of the buildings. Next, we move to just east of Ankor Thom where stand the Thommanon and Chau Say Tevoda that seem to be known as the twin temple, and to Takeo, the only temple never completed and yet one among the finest. Finally, we enjoy the dinner in Siem Reap town.

- Day 2: Angkor Thom - Angkor Wat (B/L/D)
In the early morning, we enjoy our time with sunrise at Angkor Wat, then start the tour to South Gate of Angkor Thom, then go to Angkor Thom (the temple) which was built by Angkor\'s greatest king, Jayavarman VII. The major attraction of Angkor Thom is the Bayon, whose exact function and symbolism is still unknown until now. Then we go to Baphoun, which is one of the most spectacular of Angkor’s temples in its heyday; to Terrace of the Elephants that was used as a giant reviewing stand for public ceremonies and served as a base for the king’s grand audience hall; to Terrace of the Leper King, another of Angkor’s mysteries. In the afternoon, we visit the World Seventh Wonder -better known as Angkor Wat- that stands as the most important archaeological sites in South-East Asia. Angkor wat stretch over some 400 sq. km, including forested area, Angkor Archaeological Park contains the magnificent remains of the different capitals of the Khmer Empire. In the evening we view the sunset at Phnom Bakheng Hill before the dinner with Khmer Traditional Dance Show.

- Day  3: Siem Reap - Departure (L/D)
In the morning, we will visit War Museum, where is collective of historical objects like weapons, bombs, jets that were all used during the war era. These will take you to the authentic scene of war period in Cambodia. (The guide will show some necessary tips to protect ourselves from those weapons) Then we head to Les Artisans d’Angkor - Chantiers Ecole where visitors can observe artisans making high quality wood and stone carvings from scratch to end-product. After that, we visit Siem Reap market where all kinds of souvenir staffs are available. In the afternoon we will be free at leisure until transfer departure flights.
Tour Enquiry
View on map
Watch videos 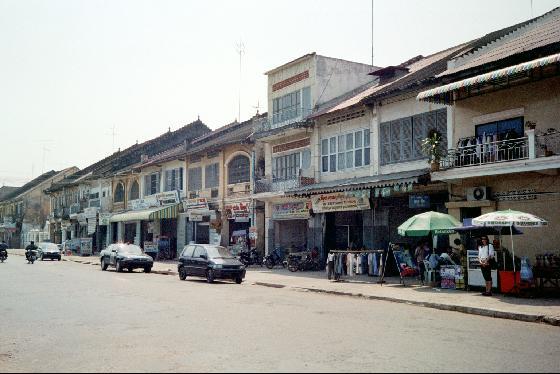 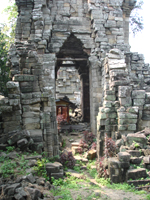